Justin Amash from the City of Kentwood won his race. He will be the other Arab-American in the State House (Rashida Tlaib, a Democrat from Detroit, is also Arab-American). Amash represents the real conservative leadership that has left our party in a void for quite some time. Justin represents champions the traditional Republican principles of limited government, free markets, and individual liberty. Justin supports decreased taxes and fees, balanced budgets through spending cuts, educational choice, protection of property rights, and substantial structural reform of government. He believes the right to life is the foundation of a moral society. 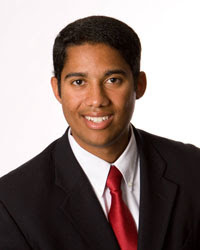 Paul Scott is an African American Republican who was elected to the State House from District 51 in Grand Blanc. Scott is replacing term-limited David Robertson and is a fresh face to the State House. Paul believes that the best way to increase government revenues in the long term is by lowering the tax rates to mirror those of neighboring states, not raising them to force businesses and residents to move. He also believes in a limited government. Government spending in Michigan must be drastically cut in order for our state to become competitive once again in the race to attract job providers.

Larry DeShazor is someone who I have been following for a couple of years as the City Councilman of Portage, Michigan. He replaces term-limited Jack Hoogendyk who is currently running for the Chair of the Michigan Republican Party. Larry's mission in the State House will include fixing the Michigan business tax structure, improving our image so Michigan can compete in the global economy, develop sound solutions to grow and diversify our economy, attracting "knowledge-based" industries and cut fiscal and government waste.

While we gained more diversity in the State House (State Senator Bill Hardiman is an African American Republican from Kentwood and Sen. Valde Garcia is a Hispanic from Howell) we lost two figures in our community to straight party ticket. 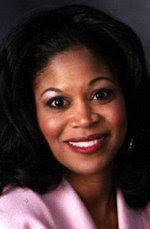 Two credible, family-centered, Christian Black Republicans were lost to the sea of straight voting party tickets. Many people knew that there were a possibility that we could lose these two because they were in very tough re-election races.

Civic education is necessary to promote to our community. While we can celebrate our victories of diverse bodies into the Michigan Legislature we need to continue our trend of educating the community on the dangers of straight party voting.

This danger of voting straight ticket is based on a person rather than a philosophy. Think about it. People running for government office positions will promise anything, much like a salesman, but they are not bound by anything once the election is over. Second, why would I elect two people with differing viewpoints, put them in a room with differing viewpoints and think things will change.

This is what happened with both incumbents. A better grassroots outreach network that places an emphasis on civic education would help change this effort. Civic Education aims at imparting the knowledge and skills that we need for effective participation in the community, government, and politics.

In my classes that I have taught in the past my students did not know the basic history of the Republican Party:

In 1865, Congressional Republicans unanimously backed the 13th Amendment, which made slavery unconstitutional. Among Democrats, 63 percent of senators and 78 percent of House members voted: "No."

In 1866, 94 percent of GOP senators and 96 percent of GOP House members approved the 14th Amendment, guaranteeing all Americans equal protection of the law. Every congressional Democrat voted: "No."

May 6, 1960: Eisenhower signs the GOP's 1960 Civil Rights Act after it survived a five-day, five-hour filibuster by 18 Senate Democrats.

July 2, 1964: Democratic President Johnson signed the 1964 Civil Rights Act after former Klansman Robert Byrd's 14-hour filibuster and the votes of 22 other Senate Democrats (including Tennessee's Al Gore, Sr.) failed to scuttle the measure. Illinois Republican Everett Dirksen rallied 26 GOP senators and 44 Democrats to invoke cloture and allow the bill's passage. According to John Fonte in the January 9, 2003, National Review, 82 percent of Republicans so voted, versus only 66 percent of Democrats.

How come our children do not know this basic form of history? When we teach our children indoctrination and not education we get the very same results we always get in our community. Straight voting for one party. In this case in Michigan: Democrats.

Remember back in 2002 when former Governor John Engler signed a bill banning straight party voting and how the Democrats fought like hell to keep it? The reason I was hearing in Detroit? "People cannot read the ballot" said one person who used to belong to the NAACP. If we have illiteracy issues that are preventing us from voting properly then maybe we should discuss strategies on how we can curb adult illiteracy in our community instead of making excuses for straight voting for one party.

The merit in removing the straight-party option if it prompts voters to be more thoughtful because they have to look at individual names on the ballot and think about the choices in front of them before they vote. If the prospect of thinking and choosing keeps some people at home on Election Day, then it seems to me the problem here is not with the ballot. It’s with an electorate that doesn’t take its responsibilities in a free society seriously. Many straight-ticket voters ignore important items on the ballot like nonpartisan races or those referendum and initiative questions.

Civic literacy will lead to less people voting straight ticket in the near future. We cannot allow more good, credible candidates/incumbents such as Karen Buie and Mike Rogers to get swept out of office because of some emotional flare ups. Hopefully, we can retain others in seats such as DeShazor, Scott and Amash to continue the diversity in the Michigan GOP.

Posted by Akindele F. Akinyemi at 6:53 AM

Problem is, even without the technical "straight party" option there's a certain voting block that seems all too eager to consistently vote straight party anyhow.

I hate straight party ticket voting and support that option being eliminated from the ballot. It rewards laziness. I go down every single list of names on the ballot when I make my decision.

Unfortunately, Buie and Farmington's Mike Rogers are in tough districts. Muskegon County has aways been tough with the unions. Farmington Hills has been rapidly going blue for the last 15 years. Even Rocky barely won it in 2000. Knollenberg still ran well there in 2004, but lost his grip in 06 until Gary Peters finished what the dems started there.

The three wins there were impressive. DeShazor's Hoogendyk's district was only marginal republican with Kalamazoo's influence. Kentwood is somewhat squishy. Paul Scott's district was held by a democrat before Robertson. With the union's as strong as they were this year, that win was probably the most impressive.

They all had to work for their seats.