The Revolution Will Not Be Pretty by Akindele Akinyemi 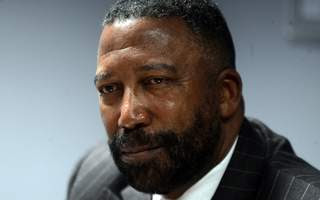 Of course the haters are going to protest. I can see BAMN raising hell on this issue. But we need to shut them down once and for all.


We also need to establish a "speakers bureau" to support the need for 21st century educational options in urban communities. I cannot keep doing this by myself. When BAMN shows up we show up as well. We need more people speaking up and speaking out against failing education.


Our children need to understand that, along with their parents, they are stakeholders in this revolution. Think about it. Who is under the age of 30 running for Detroit Public School Board this year? No one. Why? Because we have failed in teaching them that they have a stake in education in the City of Detroit.


Educational entrepreneurship is on the upswing here in Detroit. We need to open up the schools that closed this year under charter schools. Allow 21st century innovators to run and manage the schools not just collect a paycheck.


Our children should learn calculus by the time they enter 10th grade. That means part of this revolution will be establishing a counterculture to fight against the prison/ghetto culture.
This means the end of sagging pants, men and women wearing 15 tattoos and using their emotions to kill. No more BET and no more Lil' Wayne or Chris Brown. No more business as usual. Our children are depending on us to carry them to victory. That should be our primary focus first not anything else.


We cannot fix the economy here in Detroit until we fix education. No one is making that connection. Silver rights is about generating wealth not having a handout. Its about opportunities. Well that opportunity is now.


These educational management companies will save DPS money down the road. Privatizing these schools was probably the best idea Robert Bobb has done since coming to Detroit.


NOW we need to break up Detroit Public Schools into 7 smaller districts. We must follow the path of Dearborn Heights, Warren and St. Clair Shores. Accountability and academic success is what we need now.


Another revolution that should be taking place is the whole teacher certification process. It is NOW TIME to repeal the certification process and offer an "a la carte" certification track that will be faster, more consistent and transparent for the student. Most of these teachers who have been certified for 25 years could not even pass the test today if they tried so why taunt those who are having a hard time passing the basic skills test (which is a waste of time and money).
We do not need a basic skills test here in the State of Michigan and people who are already working in a classroom capacity should not be subjugated to "student teaching" that is unpaid.

These teacher certification laws need to be repealed.

The educational revolution is on. Will you join in?
Posted by Akindele F. Akinyemi at 12:51 PM

you seem to have some profound and unique insight. I was doing some research and googling some things and came across your blog. is there a way i can contact you via email, i am doing some research on city council and need some info that you may be able to help me with.

I live out in the suburbs, so it is tough for me to get to protests or rallies myself, but if you let me know when you have a major one planned, I'd be happy to promote it on my blog too.

With regards to the teacher certification process, I agree with your views- I took an alternative path to certification myself, and honestly, learned next to nothing in my "Education" classes. Teaching is about knowledge and skill, and you don't get knowledge in "Education" classes and the skill is kind of something you either have or don't. Certification should be easier, student teaching should be gotten rid of, and firing of bad teachers should be more common. Make education a regular business, and it'll get better results.