The Many Faces Of Jesus Christ By Akindele Akinyemi 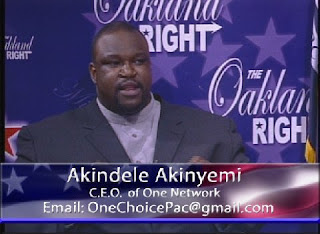 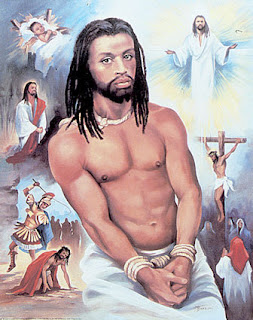 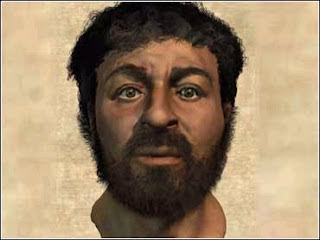 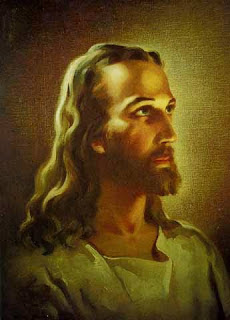 Have archaeologist discovered the race of Jesus?

This is a very touchy subject because of the adverse racism that has been instilled in the hearts of many. The educational system has spent much time and effort in racial inferiority and racial superiority, but was it based on facts? Were the results the conclusion of research and confirmation?

In 2004 the British Broadcasting Channel, known as BBC, distributed a DVD titled, "Where Archaeologist Uncovered Some Astonishing Facts."

However, before we venture down that road, let me first establish that this article is not an attempt at racial superiority. In fact, for the 400 years that African Americans have been kidnapped from their land, taken into slavery, and taught the European, Roman, Gentile version of Christianity, we have accepted without question that Jesus Christ was a Caucasian. His race didn't matter to us.

Does it still matter?

As we approach this Christmas season with our families and friends we still, after decades, debate this issue of the color of Jesus. Is it that serious to worship the color or what this man stood for in terms of salvation?

I mean, we love him for whom he is. We proudly decorate our houses and our churches with the pictures made available to us. We wear the crucifix around our necks proudly.


And the way Blacks willfully accepted Jesus Christ when he was White, our White Christian brothers and sisters should equally accept Jesus Christ now that Whites have discovered that in fact, he was a Negro. The video is available through the Discovery Channel E7008, and it's entitled, "Jesus: The Complete Story." It runs for 2 hours and 36 minutes.

Many radical racist Black groups have yelled that Jesus is Black and the KKK is advocates that Jesus was White. Research to date has yielded that the bodies of Mary of Magdalene, Martha, and Lazarus tombs have been discovered with their names, and a study has shown through DNA, the bone examination, that the people of the village of Magdella, where they lived were in fact African. It doesn't stop there, Acts Chapter 13:1 reads, "Now there was in the church that was in Antioch certain prophets and teachers: as Barnabas and Simon that was called Niger?"

The Greek word being used in this quote means Black-skinned. 'Niger' is from ancient Roman, which became Latin 'Nagra' used to this present day for Negroes as well as Moranos (Moors), meaning a Black person. So we find that Jesus' prophets, teachers, his own disciples, relatives, his associates like Mary of Magdalene, were Negroes. This led archaeologists to begin to excavate in Judea, the city of Bethlehem mentioned in Matthew chapter 2 as the place where Jesus was born.

And verse two states saying, "Where is he that is born king of the Jews." The word Jew did not come into existence until 1514 A.D. It is a transliteration for Judah, the fourth son of Jacob, twin brother to Esau, sons of Isaac, son of Abraham, who was Assyrian from Asher Genesis Chapter 10:6-14. Within that line of descendants, you find Asher in verse 11; these were descendants from the sons of Ham, which means burnt black and has been verified to be Sudan today, a Black Arab country.

And Cush, which the Bible confirms is Ethiopia, is a African country today. These were all one bloodline, one family coming from Adam and Eve through Seth through Enos and on down. It is clear that this was one group of people and they are still in existence today, and trace their family line back through the scriptures.

Why do I personally say Judah is Black? Because the bible uses the word Niger in Acts 13:1 for black. Jesus had a brother named Simon. Matthew 13:55 says, "Is not this the carpenter's son? Is not his mother called Mary? And his brethren, James, and Joses, and Simon, and Judas?" Verse 55 is asking about Jesus and it mentions one of his brothers being named Simon, who is called Niger in the Book of Acts 13:1.

Although many people in Christianity may still believe that Jesus Christ looks like a Caucasian, the Bible describes him as a Negro, having brass burnt skin, woolly "lambs" hair, that's African features. The Book of Revelation 1:14-15 gives a description of Jesus, "His head and his hairs were white like wool, as white as snow; and his eyes were as a flame of fire; And his feet like unto fine brass, as if they burned in a furnace; and his voice as the sound of many waters."

This description is no doubt speaking of Jesus, the son of Mary. Notice, Jesus is described as having hair like wool. Many people say "white like wool." This is talking about his hair texture.

Revelations 1:15 says "and his feet like unto fine brass as if they burned in a furnace ?" The Hebrew word for "oven is rwnt tannuwr tan-noor', which is defined as "furnace, oven, fire-pot, (portable) stove." So, an oven and a furnace is the same thing. Note in the Book of Lamentations, his skin is black, and the word oven is there for Judah; and note in the Book of Revelation, his feet are burnt like in a furnace and this is talking about or describing Jesus' image and skin. So this also confirms that Jesus' skin was Black, and this is exactly what the Discovery Channel and the BBC have uncovered and are making public.

Dr. Dan Bahaat, a Jew from the University of Bar Ilan, has discovered several documents of tombs inside the Great Church in Israel, which he was able to date back 2000 years to the time of Jesus, the Judean. Dr. Richard Neave, a medical artist from the Medical University of Manchester, is the world's leading forensic pathologist, or reconstructer.

He reconstructed the face of Jesus from the bones, which they found in a tomb in Jerusalem, in Bethlehem of Judea where the bible Matthew 2 said Jesus was born. Dr. Richard Neave took the skull of a person from the tribe of Judah, Jesus' own tribe from 2000 years ago. Many such skulls have also been discovered, that dates back to Jesus' time. Bones have been tested and verified to be first century.

The first thing they noticed was that the skull was more rounded than the present day inhibitors of Jerusalem, the people calling themselves Israelis today are not the original people from Israel. The round skull was the kind of face that you find in North Africa, Egypt. These are the features of Nubia in Sudan and Egypt. Those people you see in Egypt today are not the indigenous Negroids; they are Turks "Caucasians."

Rev. Dr. Tom Wright, a Caucasian theologian, also agrees that Jesus was a Black man with short, afro-hair and short, black beard. All of them agree that the many pictures of Jesus today are not the true likeness. He was dark-skinned with nappy hair, like all the original tribes of Abraham. Dr. Joe Zias, an archaeologist, Dr. Gloria Moss, a historian, Dr. Sue Minter, a curator, and Professor James H. Charlesworth, Princeton theologian, were also featured on this tape, all-agreeing to the facts on how Jesus of the Judea tribe looked.

With all that said in a nutshell we try to preach that color does not matter when it comes to religion and spirituality but if that is really the case then why are we still promoting an Eurocentric or Black version of Jesus? Does it matter what color Jesus was?

Any thoughts???
Posted by Akindele F. Akinyemi at 9:06 AM

Negro refers to a no person - no country - no continent - subhuman

Actually the original meaning of the word negro was positive. Stop being offended by words that have been turned against you. Letting whites offend you with their useless speech.

You could also say that being referred to as "Black" is a racist slur because Black is looked upon as an object, item, etc. that is not human.

Get your mind right Freeman so you could really be free.

wow! i guess you really wanted to open a hornests nest huh? I am a christian and honestly never thought of the race of Jesus. I always assumed He was light skinned till i read this but then again He could be colored!
Snowflake
P.S no hard feelings to all african americans, for do you not bleed red like whites do?

Thank You Akinedele Akinyimi For Your Posting Of This Information Concerning Iyasus Or Jesus, But Not Booty, Eye Could Appreciate It More If You Would Reference The Author Of Which You Borrowed This Information From And We Both Know Who That Author Is, None Other Than Dr. Malachi Z. York.

Your Posting Is Verbatim To His Posting In His Scroll Entitled: "Was Adam Black Or White". So, Give Him His Credit For His Works And Research And Eye Would Be Grateful For The Posting. His Name Should Be Somewhere In Your Postings.

My Reason For Addressing This Is Because Eye Too Have Written Several Scrolls And Postings On The Internet And People Have Taken My In And Out-Formation The Same And Refuse To Give Me Credit For That Which Has Been Channeled Through Me As Well.

If You Are In Fact Going To Be Doing These Types Of Postings, Be Sure To Acknowledge The Author Of The Information Posted, If You Know That The Information Did Not Come From You.

"That's your alternate." The sole element of disfavor in the next Garden of Eden, setting our new planet on a collision course with an Apocalypse.
Guess it's better than the KKK.
Had to fuck my chances up first though, hun? Stack the deck so hard the cards had to fall in one certain direction?
I consider you a joke.
All these years you could have allowed organic growth of the Situation. But your insatiable desire for control compells you to create the freedom necessary to accomplish your preferred strategy, minimizing your culpability. And since you have absolute power there is little chance of any other senario occurring.